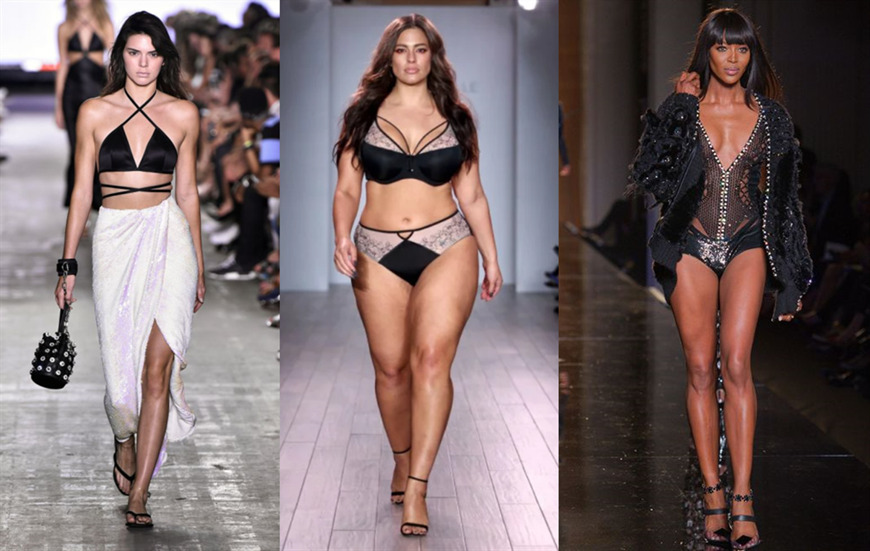 Not only did Fawcett empower women, but also paved the way for other women to feel comfortable talking about beauty and the female body. Women have long battled against beauty trends in a fight to love themselves. Spoiler alert: we’re winning.

Here are some iconic women who’ve pioneered the changing of beauty standards:

Throughout the 60’s, style started to become a prominent part of advertising and any form of entertainment. People started paying attention to politics more, and feminist icons like Gloria Steinem spoke up and sparked change. Steinem fought for women’s liberation in the 60’s while also co-founding Ms. Magazine, the Women’s Action Alliance, and the National Women’s Political Caucus. While some called her out for being too “glamorous,” Steinem used her love for fashion and politics to pave the way for other women who strived to do the same thing. Being fashionable and smart can go hand in hand.

In 1968 women protested the Miss America Pageant for rewarding only a specific type of beauty. This was a rebellious act of self love where women discarded their bras to feel more free and liberated. Little did we know, this would spark a feminist movement for years to come.

The 90’s were vastly different from the 60’s. These early years brought a fresh new crop of models, including the iconic Naomi Campbell. As one of the first five supermodels, this Londoner was discovered at the early age of 15. She holds the title as the first model of color to cover TIME magazine, French Vogue, Russian Vogue, and the first British model of color to appear on

the cover of British Vogue. Throughout her modeling career, she has participated in campaigns with brands like Chanel, Versace, Burberry, Prada, and many more. With sharp cheekbones and strong beautiful eyes, Campbell brought a whole new meaning to the word “fierce.”

Out of the 90’s, came spanx, low fat diets, and the rise of the modeling empire. Supermodels like Cindy Crawford, Kate Moss, Tyra Banks, and Heidi Klum rose in popularity as they became the new “it girls”. Body types praised in the industry were still thin and not as diverse as they soon would be going into the 2000’s.

A standout rebellious moment from the 90’s was Madonna’s Jean Paul Gaultier cone bra. While on her Blonde Ambition Tour in Japan, the pop singer revealed herself in a cone shaped bra as an outfit for her show. This never before seen piece sparked fashion risks on the runway and in pop music after that moment.

In today’s time, women look up to what we call the “digital diva”. Ashley Graham is a prime example of this. The Nebraska native not only models, but uses her social media platform to show women everywhere that all bodies are beautiful. Graham strays from the stereotypical model type, proving a curvy body can also strut down a runway in slinky dresses and bikinis. She’s appeared on the cover of various famous magazines, such as Vogue, Harper’s Bazaar, Glamour, Elle, and the Sports Illustrated Swimsuit Issue. This modern day model has participated in various fashion and beauty campaigns to empower women to feel confident in their skin; recently modelling in a new swimwear collection for all body types, as well as a Revlon campaign titled “I Can. So I Did.” There’s no doubt Graham has left her mark on the fashion industry and continues to pave the way for all woman seeking self-love.

As this era continues to thrive on positive beauty standards, brands have started to shift their marketing efforts as well. Online lingerie company, True&Co., focuses on creating bras for all body types while following their mission to make women feel beautiful in their own skin. Other brands making a conscious effort for inclusivity like ASOS, Aerie and Modcloth are throwing the ‘perfect body image’ mindset away, and instead they’re representing all ages, races, and sizes. Here at Ever-Pretty we are working diligently to expand our size range so that more and more women have access to beautiful special occasion dresses at affordable prices. How beautiful is that to see?

We wouldn’t have been able to get to this point if it wasn’t for the courageous women who got us here!

(All Images are from Shutterstock)